Your Marketing Partner through Covid-19 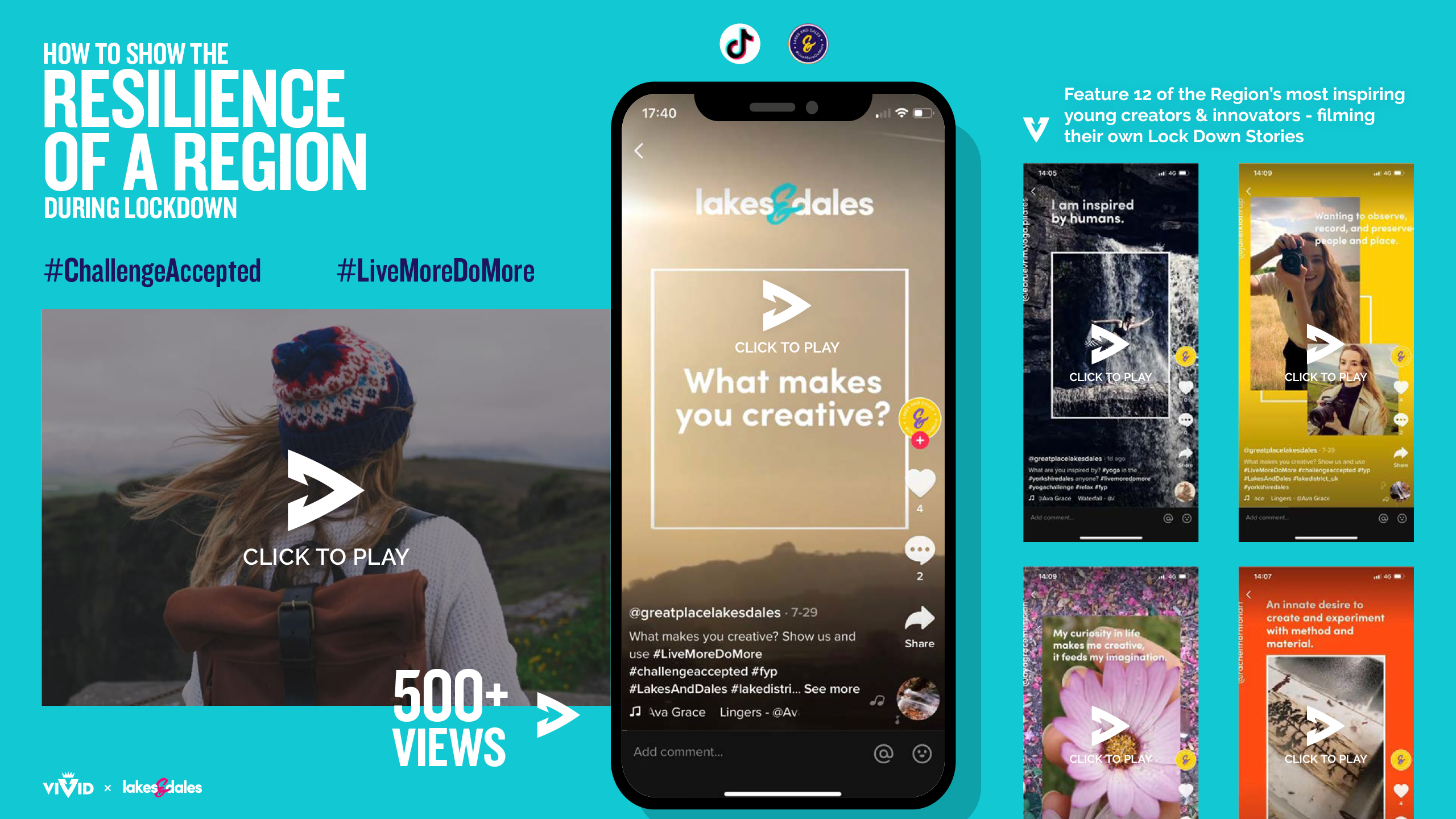 The districts of Craven and South Lakeland have 44% fewer 16 – 34 year olds than the national average – that’s a shortfall of 10,000 young people. Our client Great Place: Lakes and Dales are one of 16 pilot projects in England funded by the Heritage Lottery Fund and Arts Council England, whose purpose is to understand the reasons behind this and seek to address them.

Without more diverse and dynamic individuals living there, the culture and economy has no future. Putting arts and culture at the core, we created a campaign and brand to appeal to the audience and market the region to them.

We created a brand that would empower young people. Instill them with a sense of pride and a sense of place. Making them want to rewrite what’s possible within the region. The next step was to launch the brand and celebrate the region’s creativity directly to the 16-34 year audience.

We reached out to region’s most inspiring 16-34 year old, Creative Champions – the creators & innovators who were located across the vast area of the Lake District and Yorkshire Dales, with the aim of creating, featuring and filming their own Lockdown Stories, we secured 20 individuals.

Then we held online workshops each Champion  to talk through our storyboards and vision for the project, we created a step by step filming crib sheet, so the less confident Champions  had the support to deliver their individual film, also we used remote art direction software to guide them through when they were in their specific locations filming. With a mix of musician, artists, animators, dancers, performers and artisans each of their films worked successfully solely and as a 60 second content piece which we edited together, applying motion graphics that conveyed in their own words how the region inspires their own creativity and a musical soundtrack created especially by one the Champions.

By using and launching on TikTok as our main Social Media channel along with Instagram Stories to post out each film we had immediate impact with our target audience, the challenge was set and the world could now see just how creative the region is, complemented by using the TikTok and Lakes & Dales hashtags – #ChallengeAccepted #LiveMoreDoMore.

Since the launch, in early august the Videos have been well received by all stakeholders and residents, they’ve also inspired other young creative to film their own Lock Down Stories, with the following results:   Views: 600+

‘This looks great! Thank you‘

‘Video looks great! Can’t wait to see them all together.’

‘Was lovely to be part of! Hopefully collaborate in the future!  Had a look now and it’s fabulous! Love the video editing!  Happy to share on my social medias and promote.’